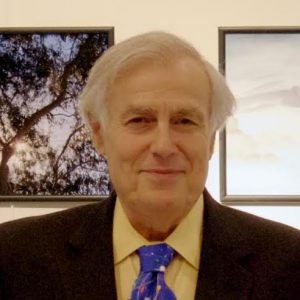 John Diamond M.D. was a physician and author on holistic health and creativity.  He was born in Sydney, Australia in 1934, graduated from Sydney University Medical School in 1957 and was awarded his Diploma in Psychological Medicine in 1962. In addition to running a private practice, his early career included working as a psychiatrist for the Victorian Department of Mental Hygiene (1960-62), the Repatriation Department in the State of Victoria (1963-68), and the Royal Australian Air Force (1966-69), and as a lecturer at Monash University in the Department of Politics and Sociology (1967-70).

In 1971 he moved to the US, where he was based for the rest of his life, with the exception of a four-year residence in England in the 1990s. He became actively involved in holistic medicine in 1974, having grown increasingly disenchanted with what he regarded as the constricting orthodoxy of the mainstream. Thereafter, he spent the rest of his career teaching, treating, researching, and creating an ever-growing body of work.

One of the foremost holistic healers, Dr. Diamond’s remarkable body of work, which includes his discovery of the link between the acupuncture meridians and the emotions, embraces a wide range of disciplines, the result of over fifty years of research and clinical practice. He began his career in psychiatry but expanded into holistic medicine, concentrating on the totality of the sufferer. Central to his work was Life Energy his word for Qi, the foundation principle of traditional Chinese medicine.  Life Energy is the innate healing power of the body, and the basis of all health.  When our Life Energy is low,  we are stressed and prone to illness, and when it is high we are unstressed and healthy. And when it is at its highest, we feel truly loved and are able to embrace our lives fully. In his more than sixty years of practice, Diamond’s work increasingly focused on the activation of a person’s Life Energy.  One the most effective ways that Diamond found to do this is through the arts, especially the the art is created or performed for the benefit of another.  This is the basis of Reach Out Art’s pro-social, altruistic approach.

Dr. Diamond held numerous senior clinical and university teaching appointments in clinical psychiatry, the basic sciences and the humanities, and is a widely recognized bestselling author of over thirty-five books, including Your Body Doesn’t Lie, Life Energy: Unlocking the Hidden Power of Your Emotions to Achieve Well-Being, The Diamond Color Meditation, Facets of a Diamond: Reflections of a Healer and numerous books on music and healing. He had a large international following, and his books have been translated into a number of languages including German, Dutch, French, Spanish, Portuguese, Danish, Japanese, Greek, and Russian.

Dr. Diamond lectured and taught throughout the world and gave over 1000 seminars, lectures and presentations to numerous medical associations, dental associations and societies as well as other professional organizations in the U.S. and abroad. He has recently conducted seminars in St. Petersburg, Moscow, Bologna, Tokyo, and London.

For many years Dr. Diamond practiced as a holistic consultant, using his experience in medicine, psychiatry, complementary medicine, the humanities, holism, applied kinesiology, acupuncture theory, spirituality and the arts to help sufferers overcome problems relating to body, mind and spirit. He also used creativity for many years, regarding it as an essential and major component of healing, and founded The Institute for Music and Health to train those interested in learning how to use the arts as a therapeutic modality.

Creativity was always important to Diamond at a personal level.  He played drums in a jazz band which he founded, which he called the Diamond Jubilators. It embodied the pro-social approach he taught, performing in venues like hospitals and nursing homes . He was, especially in his last years, a devoted photographer and painter, creating images with the intention of raising the Life Energy of the viewer. A gallery dedicated to his paintings and photos, Life Energy Arts, is located in Mount Kisco, New York.